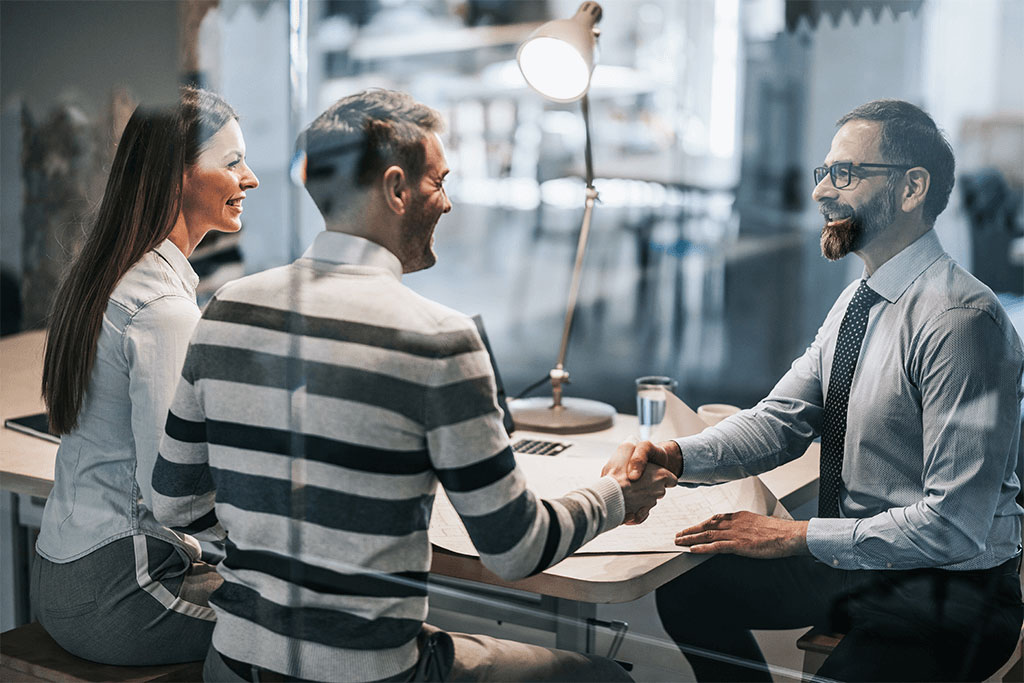 What is Professional Indemnity Insurance?

Professional Indemnity Insurance (“PI”) is designed to cover a business for errors made when providing advice and services to clients. The exact parameters of the cover will vary with different insurers and wordings, and this document is not intended to circumvent the importance of reading, reviewing and understanding your individual policy wording.

PI policies will, in general, cover a business for errors or omissions made whilst advising or servicing clients. It will usually provide cover for not just the damage caused by the mistake but also the legal costs and expenses of investigating and, if justified, defending the business’ advice and conduct. Payment of the legal costs of defending an allegation of negligence or similar is often the part of the cover most appreciated by an insured business.

All business’ should discuss their own cover with your insurance adviser or broker, however PI can also include extensions providing insurance for reconstituting a client’s documents if lost or destroyed (“loss of documents cover”), loss of money due to dishonesty (“fidelity cover”) or the costs of appearing in official investigations by tribunals, ombudsman bodies or even royal commissions (“Inquiries costs cover”).

What is meant by “Claims Made and Notified” basis of cover?

The vast majority of PI Insurance is written on a “claims made and notified” basis. This means that the policy in force when a claim is first made against the business and notified to the insurer on risk is the policy that will respond to the insurance. This differs from “losses occurring” policies where the date of the incident will determine the policy which responds to the claim.

As an example, if inappropriate advice was provided to a client in 2006 but that client only complained about the advice in 2007, the policy in force in 2007 would normally cover the claim.

Conversely, the 2008 PI insurers will likely include terms that will exclude any claims that the business already has received – even if they have not yet been notified to the 2007 insurer.

This policy structure makes it essential that businesses immediately notify their PI insurers when a claim is made against them.

Circumstances that may give rise to a claim

In addition to any claim made against them, every business has a right under statute law to notify to their insurers any facts that they think may in future give rise to a claim (usually termed as a “circumstance” by PI insurers). Again, as a result of this right, PI insurers will, at the beginning of a policy, exclude any circumstances that the business is aware of irrespective of whether the previous PI insurer has been notified.

If you don’t notify claims or circumstances when you first become aware of them a later insurer may not cover them under their policy.

What is a circumstance?

This is a question that has been before a number of courts but is still difficult to define. Broadly, a circumstance can be viewed as a set of facts that, if an average business had been in possession of, would have recognised that a claim may later arise against them.

Importantly it is still a circumstance even if the business correctly considers that the advice was correct. If a claim is made against them at a later date it does not matter if the claim is misconceived and unjustified. A claim or circumstance should be considered irrespective of the business’ view of the merits. This is because the PI policy will usually provide cover for the legal costs to defend any unjustified allegation against the business and so will be called on even if a claim has no merits.

A Professional Indemnity policy may provide coverage for negligent acts committed prior to the policy inception date, provided they are not known to the insured and the insurer at the time of policy commencement and are notified as soon as possible within the policy period.

For example: An engineer provides structural design services for a building complex in January 2013. In December 2013, halfway through its construction it becomes apparent that that it is not structurally sound, requires demolition and re design.

The engineer purchases Professional Indemnity Insurance in October 2014 with a Retroactive Date of 1 January 2014. He approaches his insurer in November 2014 having received a letter from the developer holding him liable for losses arising from the negligent design work.

The insurer declines his claim for legal defence costs on the basis that the retroactive date is after the date on which the design error occurred and became apparent.

We recommend you check your polices have a retro-active date set at as “unlimited” or the date the business was established to avoid not being insured in these circumstances.

What is “Continuous cover” and why is it important this cover be considered before changing my PI insurer?

Claims Made policies generally exclude Claims arising from facts and circumstances known to the insured before the start of the policy period. An inadvertent and innocent failure to disclose a known fact or circumstance that gives rise to a Claim could result in an uninsured loss.

Continuous Cover clauses address this situation by extending cover under the policy to a Claim arising out of a fact or circumstance which could have been notified under a previous professional indemnity insurance policy but the insured failed to do so.

Note: This cover will usually only be provided where there has not been any fraudulent nondisclosure or fraudulent misrepresentation by the insured.

Remember if you change insurer, this benefit is lost if provided by your current insurer and it is important thorough enquiry of all staff is made to ensure all possible known circumstances are reported to the outgoing insurer before cover expires and coverage with the new insurer is incepted.

As a matter of disclosure, the new insurer should also be aware of the circumstance.

When Professional Indemnity Liability wordings were first introduced into the insurance market, they were largely based on the concept of negligence. PI policies were devised to cover the costs incurred by the insured in compensating a third party for breaching his or her duty of care.

A PI policy that provides coverage on this basis will generally only cover losses where it could be shown that:

Very often, claims are made against professionals under the tort of negligence and also under contract for negligent breach of professional duty. But what if a claim includes other legal grounds?

For example, what if the claim was that something said during negotiations persuaded the claimant to enter into the contract and this statement turned out to be wrong?

The claim could be based on misrepresentation or misleading and deceptive conduct. Or there may be allegations of breaches of various statutory obligations. Some contractual terms are typically implied into contracts by both the common law and by statutes. An example of such an implied term is that goods or services supplied must be fit for the purpose for which they were supplied. If liability to the claimant did not arise out of negligence but on other legal grounds, an insured could be left without cover and could be at risk of personal financial liability.

A PI policy that covers only negligence therefore provides a significantly narrower coverage than other types of wordings available in the market.

It is becoming more common to see “civil liability” wordings in the PI insurance market. Such policies typically cover the insured for claims arising from their civil liability provided such liability is incurred in the course of performing their professional services. This is broader than one based on negligence or breach of professional duty, in that negligence is not the only basis of coverage and the insured does not have to show that the claim arose out of a breach of professional duty in order to fall within the scope of its insurance policy.

Civil liability, as the name suggests, is liability that arises out of civil law, as opposed to criminal law. Criminal liability or penalties that could be imposed by statutes, for instance, would not fall within this coverage.

Civil liability can be said broadly to fall into four categories:

As such, avoid totally policies that have in their Insuring clauses “Breach of professional duty by Act, Error or Omission caused by Negligence”. It will not pick up any claims relating to Statutes such as Consumer Protection legislation, or Health & Safety Acts (unless extended accordingly)

A Civil liability policy does not set boundaries (other than the exclusions) as to the nature of the wrongdoing. It may encompass more than just negligent acts errors or omissions and include breach of duty of trust, conflicts of interest, breach of statute law and defamation. These may not necessarily arise from negligence and therefore may not be covered under a negligence policy.

Look for language in the policy that states language along the lines of “We agree to pay to or on behalf of the insured all loss resulting from any claim for any civil liability in relation to the conduct of the policyholder’s professional business.”

Why is it important for my insurer to understand my business activities?

Typically, the insurer will limit cover to the professional service or professional business specified in the policy schedule or as defined by the actual policy document if it is an industry specific PI policy.

Ensure your adviser and insurer has a solid understanding of all activities conducted by the firm.

For example, rather than having the policy schedule reflect professional services as “accountant” a more through disclosure of activities may be:

This is an example only, the business description should always be tailored for your specific business needs.

If any of the professional services conducted by your business are not presented to the insurer and reflected in the policy document or schedule the insurer will have grounds to deny cover.

What is the difference between a “Costs Inclusive” and a “Costs Exclusive” excess?

Costs Inclusive – The excess applies to the aggregate of damages, defence costs and penalties (if insured).

Costs Exclusive – The cost of defence is paid in full by Insurers regardless of any excess provision.

Cost exclusive excess is advantageous as your insurer will only ask you to pay the excess when a claim is settled or a court awards damages.

Jurisdictional Limits refers to the countries where the policy will respond to Claims being made against the insured.

If you’re providing professional services in or for other territories, please ensure the policy is extended to cover claims brought in these territories and their court system.

What is a “severability and non-imputation” clause and why is it important for multi-partnered or multi-employee businesses?

This clause protects an innocent party insured under the policy where there has been a failure of another insured to:

This clause will also protect an innocent insured where another insured undertakes any dishonest, fraudulent, criminal or malicious act so long as the innocent party had no prior knowledge of these acts.

The effect of the clause is that cover will still be available to the innocent insured despite the failure of the other insured party.

This is important for larger firms so the entire policy is not voided by one individual under the PI insurance contract.

Please feel free to contact us at team@everestrg.com.au or via Ph: 02 8880 0650 should you wish to discuss your specific circumstances.

The information provided is to be regarded as general advice. Whilst we may have collected risk information, your personal objectives, needs or financial situations were not taken into account when preparing this information. We recommend that you consider the suitability of this general advice, in respect of your objectives, financial situation and needs before acting on it. You should obtain and consider the relevant product disclosure statement before making any decision to purchase this financial product. 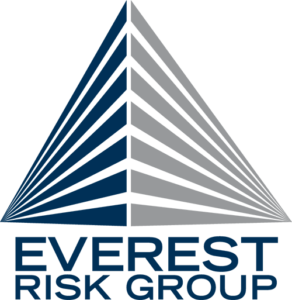